Being gay in Pakistan

Ever wondered what it would be like to be gay and living in Pakistan? We sat down with an amazing queer artist to learn more about what it’s like living in a country where 87% percent of the population believes that homosexuality should not be accepted (Pew Research Center, 2013).

Note: Name has been changed due to privacy concerns

Q.1) Tell us something about yourself. A basic introduction (Age, where were you born and brought up, what do you do, a bit about your family?)

Hey, I’m Jalebi. I’m 26 years old. I was born and brought up in a small town in Sindh, and now I live in Karachi. I’m the youngest of 3 siblings, in a loving tight-knit family. Much like many urban desi men, I’m an engineer, and then some other things on the side too.

Q.2) Tell us about your childhood. Did you have a normal childhood? What are your first memories of understanding your sexuality?

I did have a relatively normal childhood. I was a flamboyant kid but it didn’t matter much. I wasn’t treated any differently for it. It helped having a butch sister who came to my rescue every time. I spent most of my childhood in video games and cartoons, and getting lost in parks if you ask my family.

My pre-teen years were bad. I was viciously bullied, harassed, molested, and even blackmailed. I spent many years trying to undo the trauma. I’m very lucky that I was able to build strong support networks with family and trusted friends who helped me through so much pain. At some points, I felt like I would never even make it past 20, but here I am. It does get better.

My first memories of understanding my sexuality are of fantasizing about women. But then during my preteens, I realized I was curious about boys too, and maybe even more intensely than for women. I experimented with boys and enjoyed it. Sexuality is complex and ever-changing, in my opinon. While I may still feel some attraction towards women, my attraction towards men is much more intense, direct, passionate and exciting. So, this is why I identify as gay and not bi.

Q.3) Tell us about life in Pakistan. The laws, the culture. How is it being queer in Pakistan? Any out people?

Pakistani culture is very socially conservative. People don’t hold hands in public, let alone openly talk about sex or engage in any other form of PDA. Pakistan is also very patriarchal, so the expectation from AMAB individuals is to present masculine, maybe in some ways even hyper-masculine. As long as you follow these social rules, homosexuality is tacitly allowed to exist. It’s something that is ubiquitous, but comfortably ignored. We don’t talk about it and we especially don’t like it when other people talk about it.

I grew up hearing that homosexual behavior is for truck drivers, labourers, and men who don’t have access to women. We have our local slang for gay sexual roles (“laundaybaaz” and “gandu”), there are male-only brothels in Pakistan, there are cities in rural Pakistan that are famed for homosexual men. There are khwaja sira in hundreds of thousands in Pakistan, every traffic signal in Karachi has a few walking around. Amazingly, we had Begum Nawazish Ali, a drag queen talk show host for years. In the upper echelons, you have actors, directors, fashion designers, artists who are all gay (supposedly an open secret). Queerness is everywhere in Pakistan – but with the condition that patriarchal, traditional and socially conservative rules are respected.

If you challenge gender roles, patriarchy or engage in forms of PDA – you are inciting a swarm of angry Pakistani locusts on you.

Q.4) Are there any gay parties there? How is the drag scene there?

Yeah, there are a few every month in the big cities (Karachi, Islamabad, Lahore), with hundreds of people in attendance. The gay scene is not very friendly to trans people or drag queens, because the scene itself is very hyper-masculine. Even feminine men sometimes don’t feel welcome. Ms. Pudina Chatni is a drag queen who sometimes does drag shows which are attended by small, westernized, elite audiences but not much besides that. 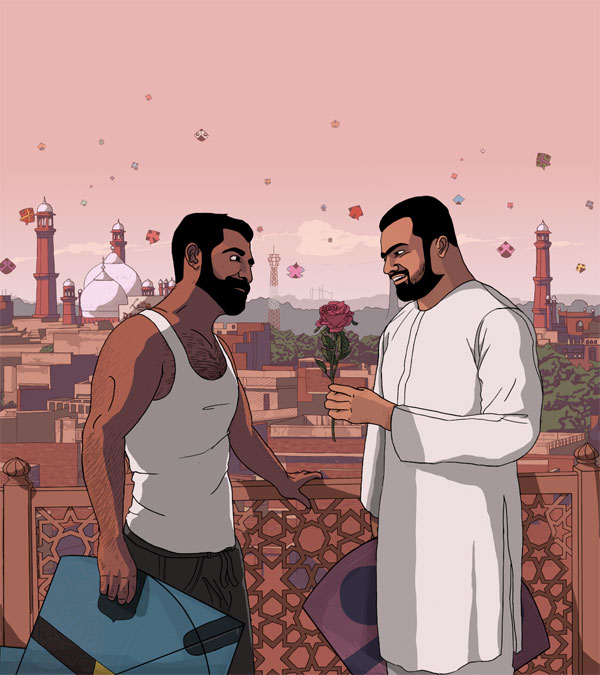 Q.5) What do you think is the future of the queer community in Pakistan?

I think the queer community as it stands is very precariously balanced on preexisting social conventions with not much spaces for lesbian, trans or non-binary people. There is a lot of privilege afforded to masculine gay men and a lot of conversations, especially inclusive conversations, bring unwanted attention to their private lives. So movements like Aurat March (a big feminist social movement with niches for queer people) are opposed often by gay men too. But I think for a more inclusive future, a lot of social conventions, norms and structures need to challenged, broken down and rebuilt.

Even the current social structure forces gay men to marry women just to please their families – for gay men, this is affordable because they can continue to sleep around with men in secret while having a wife at home. For women, this is extremely unfair. So, the future, in my opinion, is in breaking down patriarchal structures and lending support to movements that are trying to do this and restructure society in a way that is more equal for everybody.

Q.6) Do you plan to move to some other country? Any plans of marriage and kids in Pakistan or abroad?

For the moment, I think I want to stay here. And I don’t plan on getting married. Maybe I’ll think about this again in an year or so. 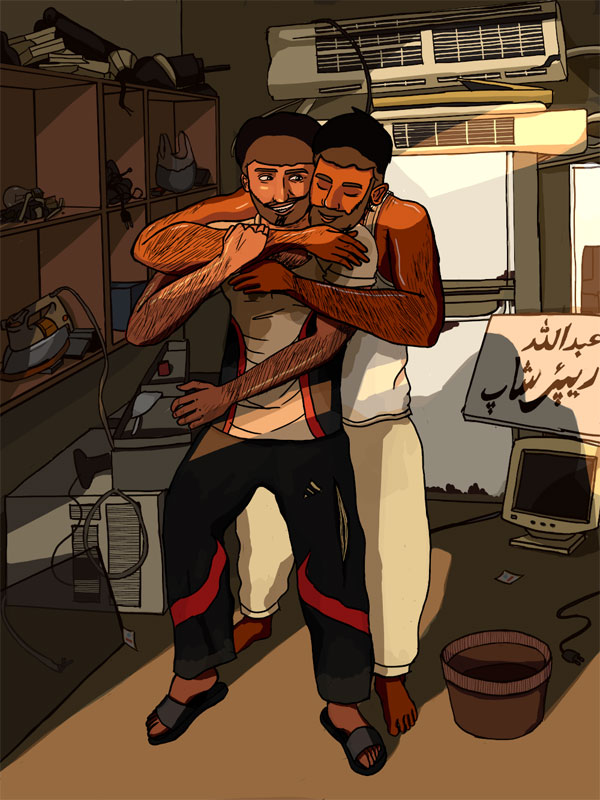 Q.7) What advice would you like to give to other queer people in Pakistan? Also, a message for fellow Indian queers?

Be gay, do crimes.

5 groups for queer folks in Bengaluru

The Journey of Gender Neutrality In Fashion

We may be free, but are we safe?

The ruling party is not homophobic, and other lies

A Tale of Endeavors and Serendipity

Celebrating 4 years of togetherness of our favourite couple!

If religion increased your chances for sex: would you have more faith?

India's finest drag queens who are breaking stereotypes and inspiring many

Why NRC needs to be more inclusive for gender based persecution

6 tips for Indian businesses to be more LGBTQ friendly

In conversation with the acclaimed Indian film-maker, Onir

How did the rainbow become a symbol for the LGBT community?